Machine learning has definitely been one of the most talked about fields in recent years, and for good reason. Every day new applications and models are discovered, and researchers around the world announce impressive advances in the quality of results on a daily basis.

From Wikipedia,
Machine learning (ML) is the scientific study of algorithms and statistical models that computer systems use to perform a specific task without using explicit instructions, relying on patterns and inference instead. It is seen as a subset of artificial intelligence.

Machine learning as a discipline is not an isolated field—it is a part of a wider domain, Artificial Intelligence (AI). But as you can guess, machine learning didn't appear randomly out of nowhere. It has evolved over the years and can be categorised into four steps:

FutureAPI provides advanced Machine Learning and Deep Learning API's which you can use to enhance your product and automate pipelines. Don't miss to check our use-cases. 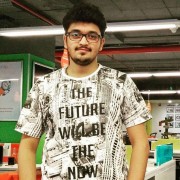